The big bull of the stock market! Does it ring the bell?

If you are a keen follower of web series, you wouldn’t have missed Scam 1992. It was perhaps the most watched web series in the pandemic-stricken year 2020. The rags-to-riches story of a street-smart, smooth-talking Harshad Mehta — an ordinary man living in a chawl in Mumbai becoming the “Bachchan of the Bombay Stock Exchange”, struck a chord with many.

More importantly, it provided a deep insight to how the stock market functions — something which was hardly experimented on television before. One of the terms that were frequently used in the show was “bulls” and “bears” in the market.

Harshad called himself the “Big Bull” of the stock market, while his nemesis — the Cobra gang were the “bears” of the market. For any investor in the market, it is imperative to understand what bullish and bearish markets mean and how to manage their portfolio accordingly.

What are Bull and Bear Markets?

Bull and bear markets are two fundamental conditions that can arise in the stock market. A bull, or bullish market indicates that the price of stocks, bonds, commodities — anything that can be traded is on the rise or its rise is imminent.

On the other hand, a bear or bearish market indicates that prices of securities decline or are on the verge of decline. The bull and the bear market exist for a long period of time before the trend changes.

What is a Bull Market?

To the layperson, a bullish market essentially represents optimism in the securities market. The myth around the term ‘bull’ is that it is a metaphor for the upward trend in the market, for a bull attacks by tossing his horns upwards. However, this is not the only explanation behind why it is called a bull but is the most popular belief.

In statistical terms, a market is best described to be bullish when the stock prices have increased 20 per cent or more. The market can be bullish for a lot of reasons, such as macroeconomic indicators (the growth of the Gross Domestic Product or the GDP, lower unemployment rate etc.) but it is largely the investor confidence and optimism in the market that leads to a bullish rally.

A bull market could last anywhere from a few months to even a few years. It is, however, difficult to exactly foresee when the bull market could possibly start or if it really aligns with the macroeconomic indicators.

For example, a couple of months after covid-19 crash in the market in March 2020, the stock prices started to go up. It took a little over nine months for the benchmark indices Sensex and Nifty to double their levels since the covid crash.

Going back to Scam 1992 – Harshad Mehta engineered one of the most successful bull-runs in the history of the BSE in 1992 as he siphoned funds from many state-owned banks. The market eventually crashed when its biggest titan was busted for fraud.

Similarly, in the U.S., the dot com bubble towards the turn of the century also led to one of the most successful bull-runs not only in the US markets, but also in the Indian markets.

One of the obvious things that investors do in a bull market is to buy securities and hold onto them until they can sell it off for a sizable profit.

However, this not only requires the intuition to know when the market will hit rock-bottom before ascending, but also confidence within the investor, who believes that the price will only ascend. Always take it with a pinch of salt if a bull market lasts longer and doesn’t really reflect the truest economic picture.

What is a Bear Market?

A bear market is diametrically opposite to a bull market. When trade prices fall about 20 per cent from its recent highs, the market is said to be bearish. It represents pessimism and an overall dipping of investor confidence in the market. Like bull, the term is believed to be coined by how a bear hits its claws in the downward direction — a metaphor for the decreasing stock prices.

The bear market is indicative of the decline of the overall market in general. Stock indices such as the Sensex or the Nifty will erase its gains. Usually, the price of any stock is a sign of how a company would perform in the future — in its bare bones, whether it would make more money or not. Economic downturns such as unfavourable fiscal policies or a recession can also trigger a fall in prices.

The outbreak of the COVID-19 led to one of the most unpredictable and sudden onset of bear runs in history in March.  However, the markets recovered quickly. The Sensex hit its all-time high of 52,516.76 on February 16, 2021. It has been on a downtrend. If it shaves off 20 per cent from its peak, we will enter a bearish phase.

In the past, the global recession that was triggered by the collapse of Lehman Brothers in the US led to a very long bearish run in the global markets including India.

Differences between Bear and Bull Markets

Investing in the bottom of a bear market and selling shares in the peak of a bull market is a dream hardly any investor achieves. Timing the market is futile. Invest in a staggered manner, that is, at different index levels in a bear market, while keep booking profits as per your needs when in a bull market. The wheel will keep circling between a bear and a bull market.

Learn strategies to roll those in your favour. Ultimately churning portfolio as per the phases of the market helps you make money. Bear market is for investing more, while the bull market is to reap returns. 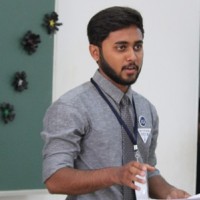 Vinayak is Impressively Enthusiastic about Financial Markets, Research & Curating Layman-Friendly Content. He has been Successfully Contributing to the Financial Markets for over 2 years & has written over 100+ articles. He aims to continue sharing his knowledge to empower newbies with Relatable, & Easy to Understand Content.

Small Cap Stocks – Shall They Be Considered for Higher Return With Smaller Investments???

What is Hedging in the Stock Market? – The best way to cut down risks?

What Is Face Value Of A Share? – Unmask the Accounting Value of a Stock

How to Buy Shares Online – As simple as buying things on Amazon?

Difference Between Shares and Debentures – 9 Factors You Should Know Before Investing!

What is Hedging in the Stock Market? – The best way to cut down risks?